There were many small country stores around when I was growing up.  I miss the personal connect that came with those small stores.  One of my favorites was Little’s Store in Cross Timbers, Missouri.  When we went there to get groceries Mr. Little would say … 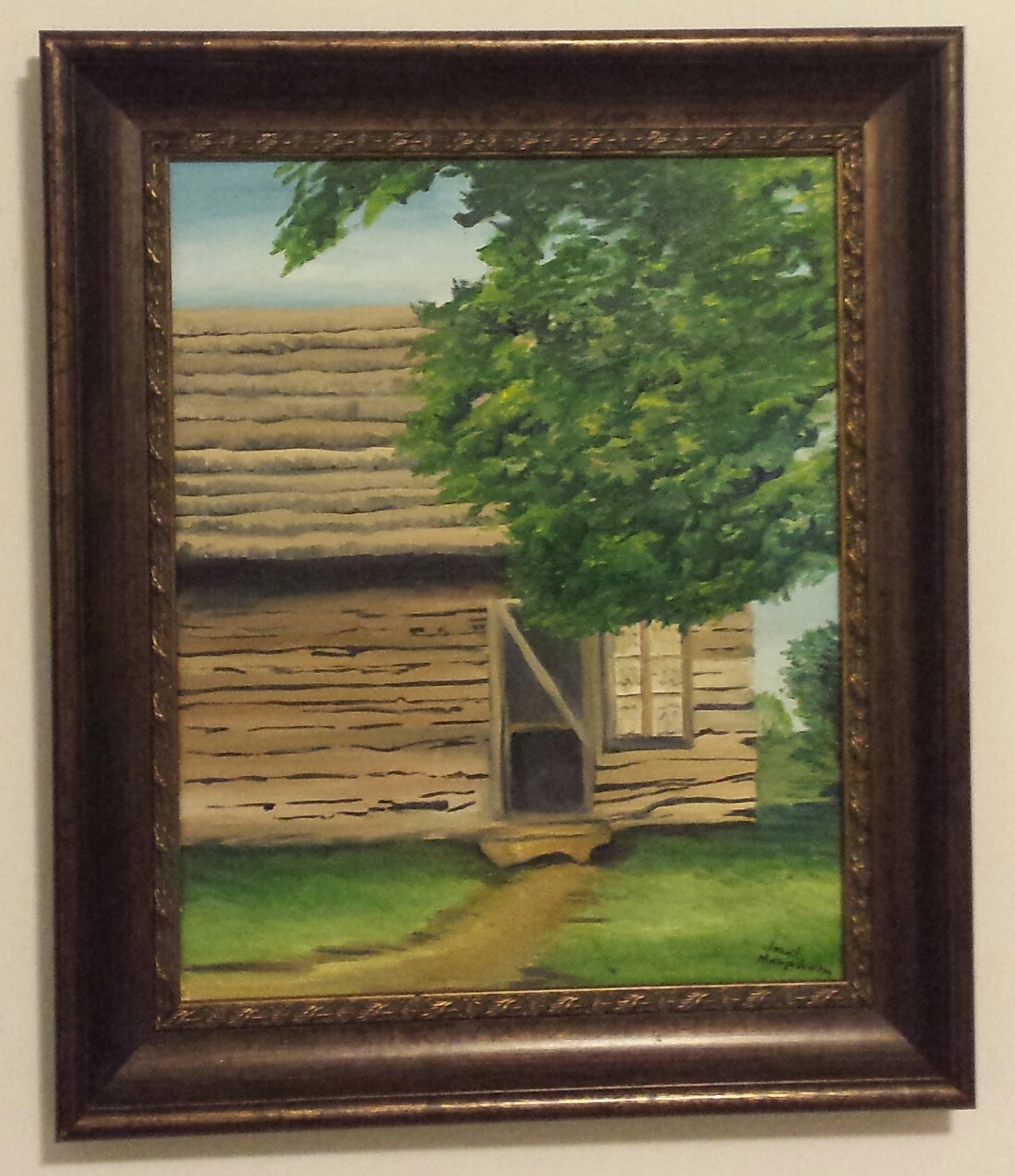 I painted this picture of my father’s childhood home.  When I see it and hear the stories I have to ask myself, “What  am I really capable of?” Logs were not long enough so houses were built with two rooms connected by a walkway.  The … 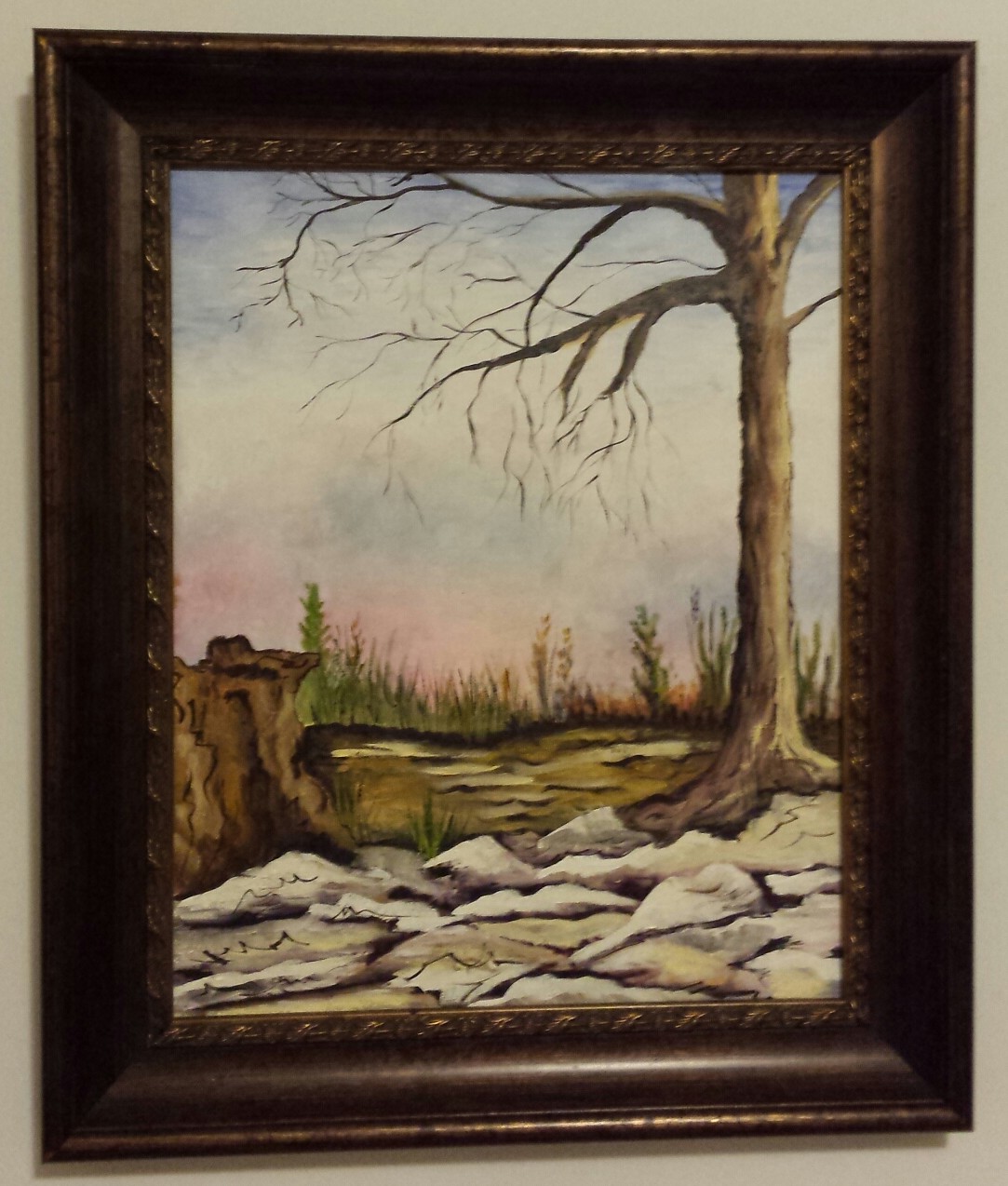 On the Banks of the River

We moved from my husbands family farm to a home nearer our work.  It was located right on the river surrounded by Corps land. Living on the Osage River was more than just convenient for recreation.  There was so much history connected to the area.

The farm we lived on was one of the highest places in St. Clair County.  It is believed to have been created by a meteorite.  When the meteorite fell it formed a big bowl shape.  Our farm was on the rim of the big bowl where the meteorite pushed soil from the center and piled it high around the outside edge.

Going through the center of the farm was an old wagon trail.  It was the same trail that my grandfather had traveled when he was six years old.  Their family had crossed the river, on the ferry, at Brown’s Ford near Lowry City.   From there they took the trail to Benton County where they homesteaded a farm.

Once Truman Dam was built our home was situated on a finger of the lake.  It was surrounded by water on three sides.  You could see the lake from every window of the house except the back.  Across the road on Corps land was a cementary.  The grave stones were very old.  It included family graves as well as the graves of their slaves.    There was also remaining artifacts of the Indians who called the area home.  At one time it was a large settlement for the Osage Indians.  Hundreds of arrow heads had been and were still being found.  When the fields were plowed people came to look for arrowheads that might have been turned up by the plow.

The trees on the farm were amazing.  People said the trees had not been harvested for over 100 years and maybe longer.  No one was sure.  There were beautiful huge trees throughout the property.  Our favorites were the huge pecan trees.  We gathered many brown grocery bags full over the years.  There was always a supply of pecans.   Pecan pie became the dish of choice for every potluck we attended.

The shoreline was a ledge of large flat stones.  One of our favorite things to do was turn over stones looking for fossils.  The big rocks were like steps down to the waters edge where we could fish, skip rocks, or try out the homemade toy boats the boys had made.  Besides fishing lots of people came to hunt on the corps land.  Of course it was river bottom so on good years most of the corps land around us was farmed.  It was a beautiful place and awesome to live among so much history.

The painting is an oil on stretched canvas.  It is a picture of the shore line that ran in front of our house. 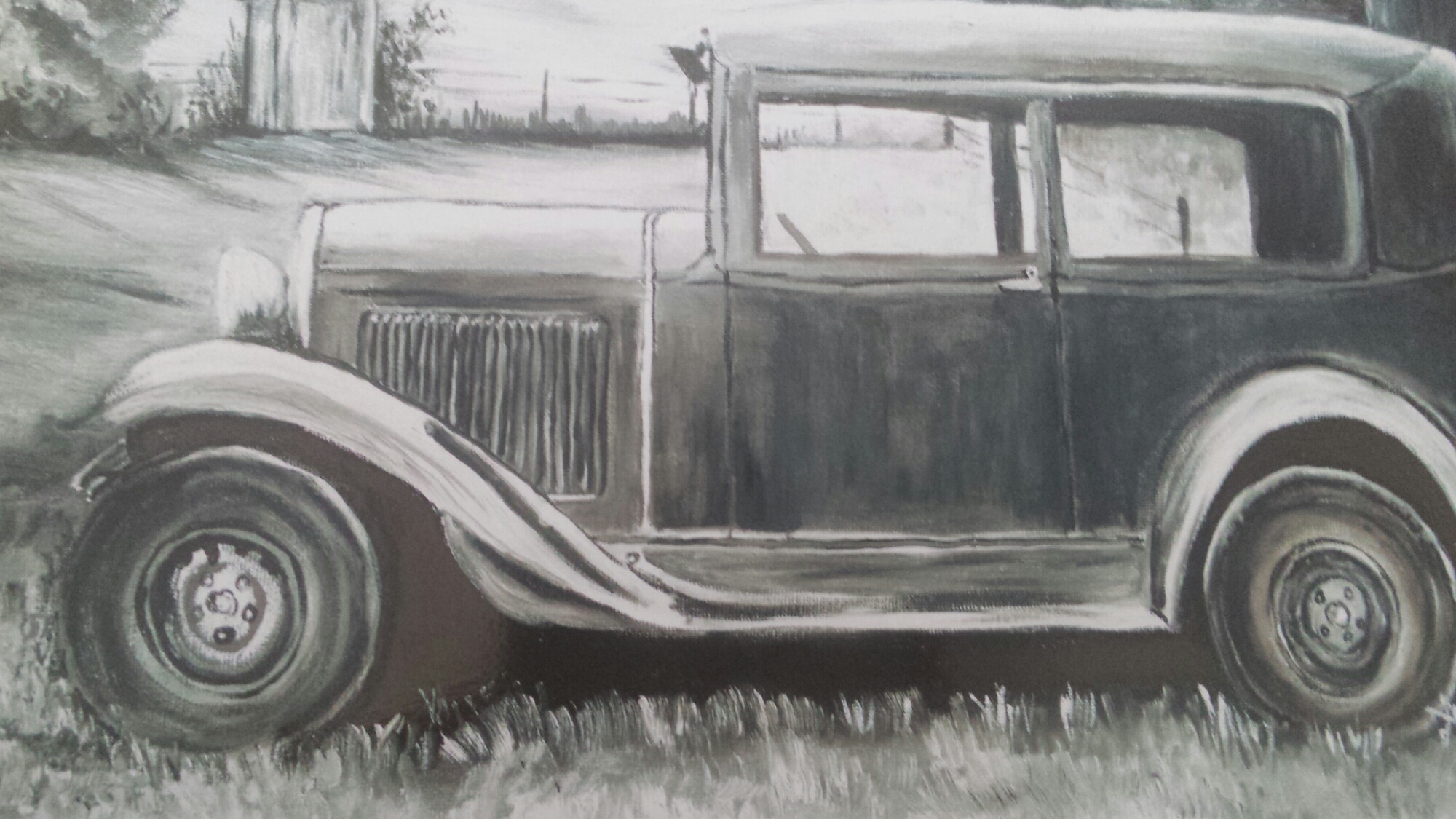 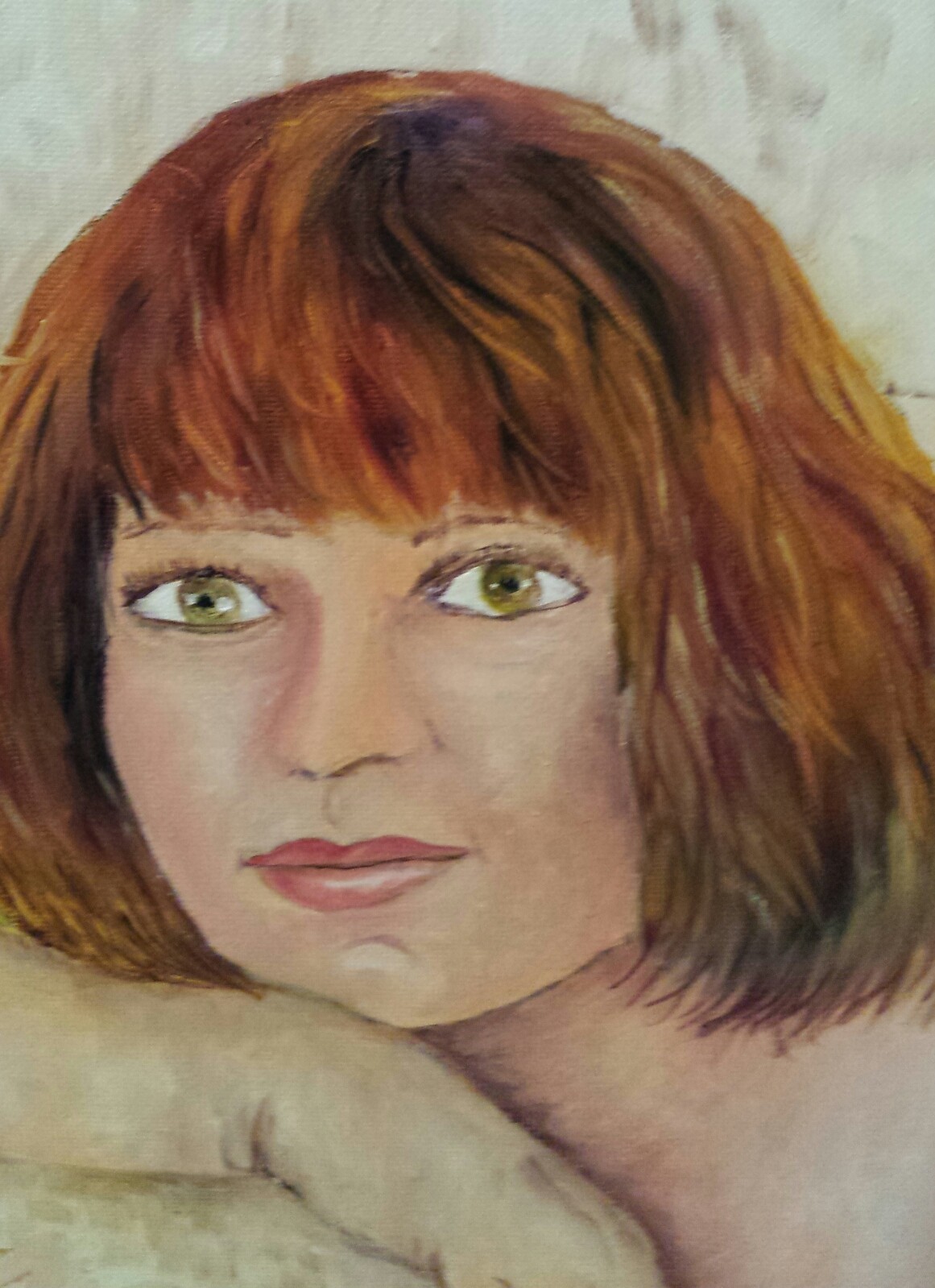 Today the news is all about remembering.  Remembering 9-11 and all those who helped others, all those who sacrificed and those who lost their life or were injured.  We who watched that day will never forget. Life brings many ups and downs.  Things happen that … 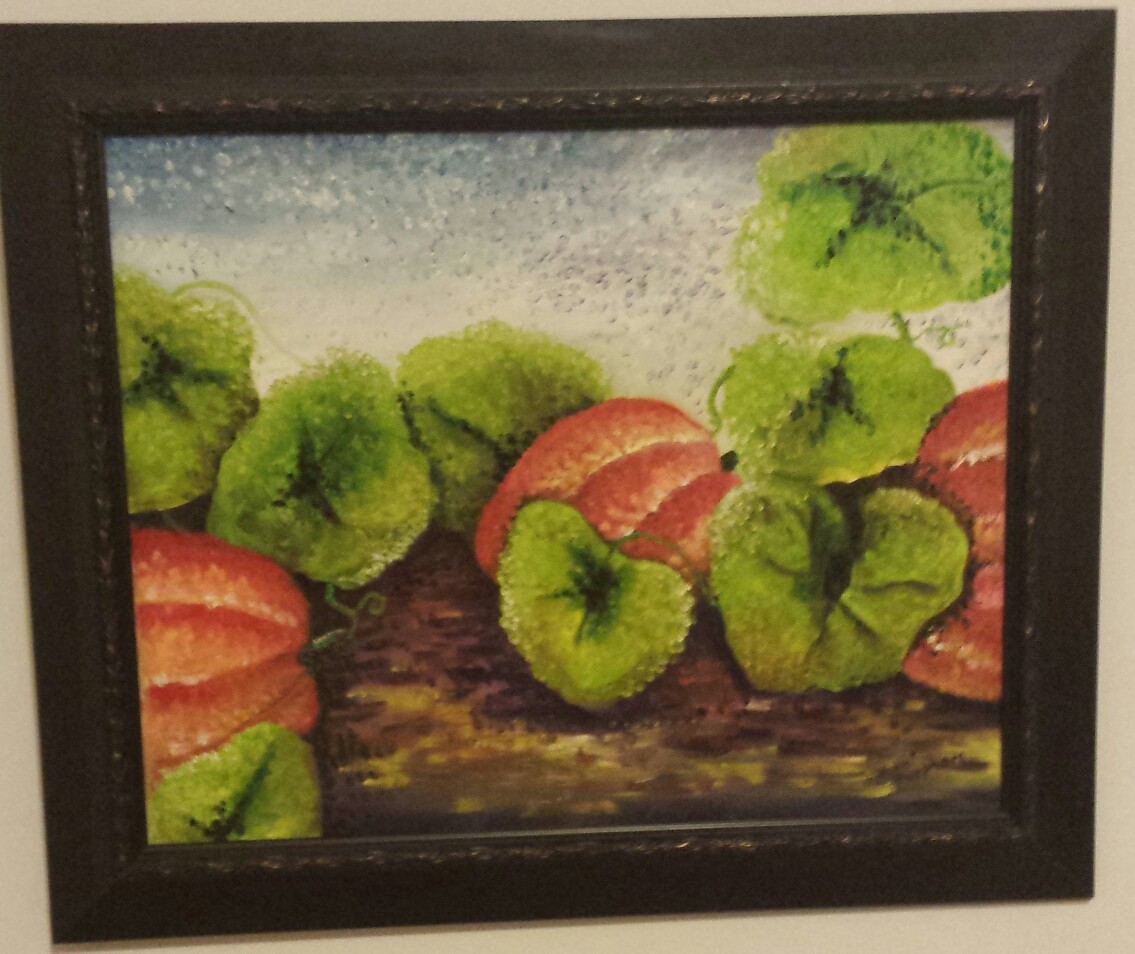 Last year’s pumpkin patch produced many beautiful pumpkins.  The grandbabies took some to make jack-o-lanterns.  My sister took some to decorate with and we gave some away.  I canned some and froze some.  I still have a bounty of pumpkin left for baking.  Pumpkin bread is a favorite. 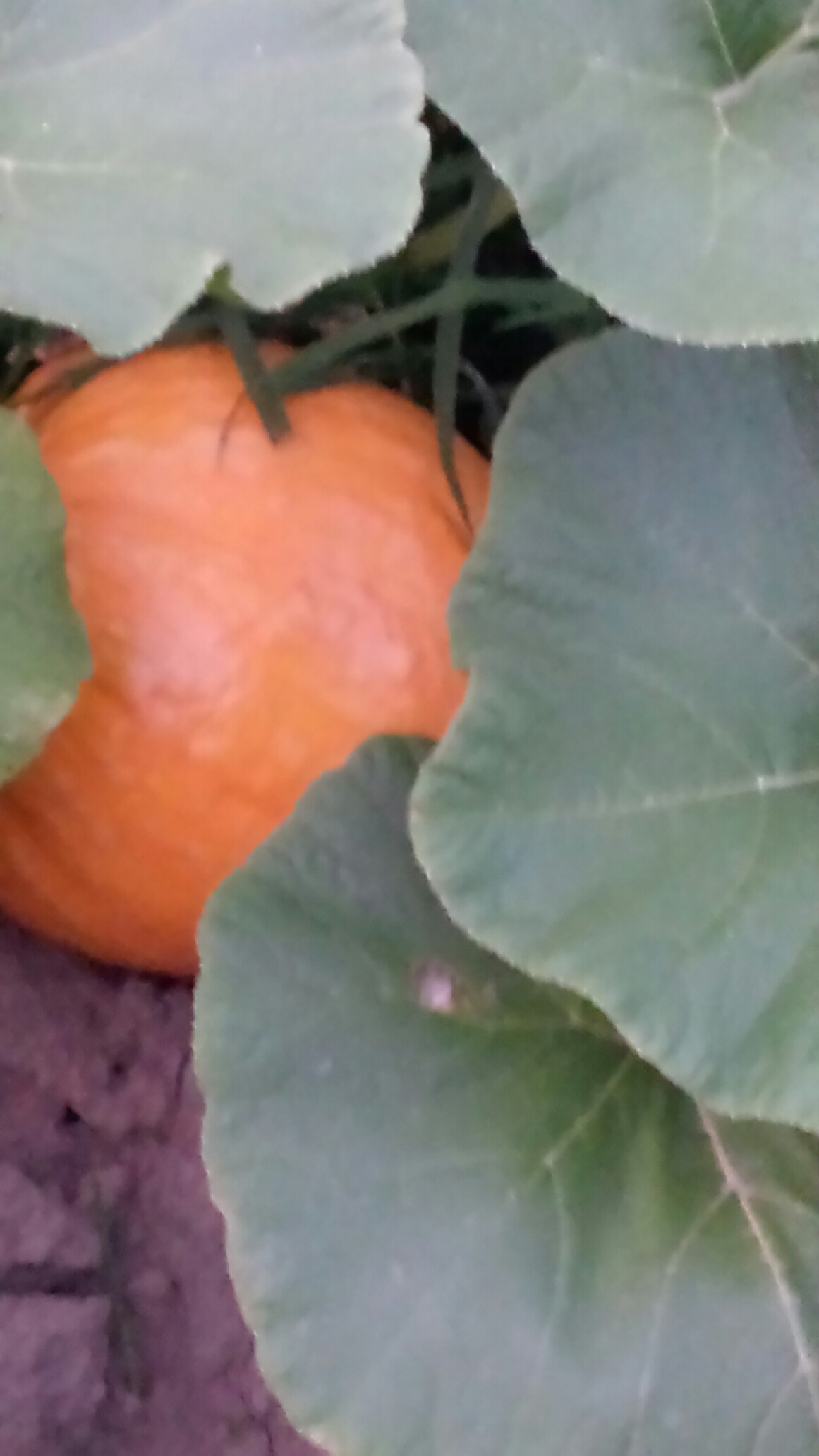 This year did not produce any pumpkin.  It has been a difficult growing season.  Despite our failing pumpkin patch we had one plant come up near the compost pile.  It grew up to the top of a nearby tree.  It is a beautiful vine.  The pumpkin that grew at the top of the tree fell off as it got too big.  The two pumpkins on the ground look beautiful. 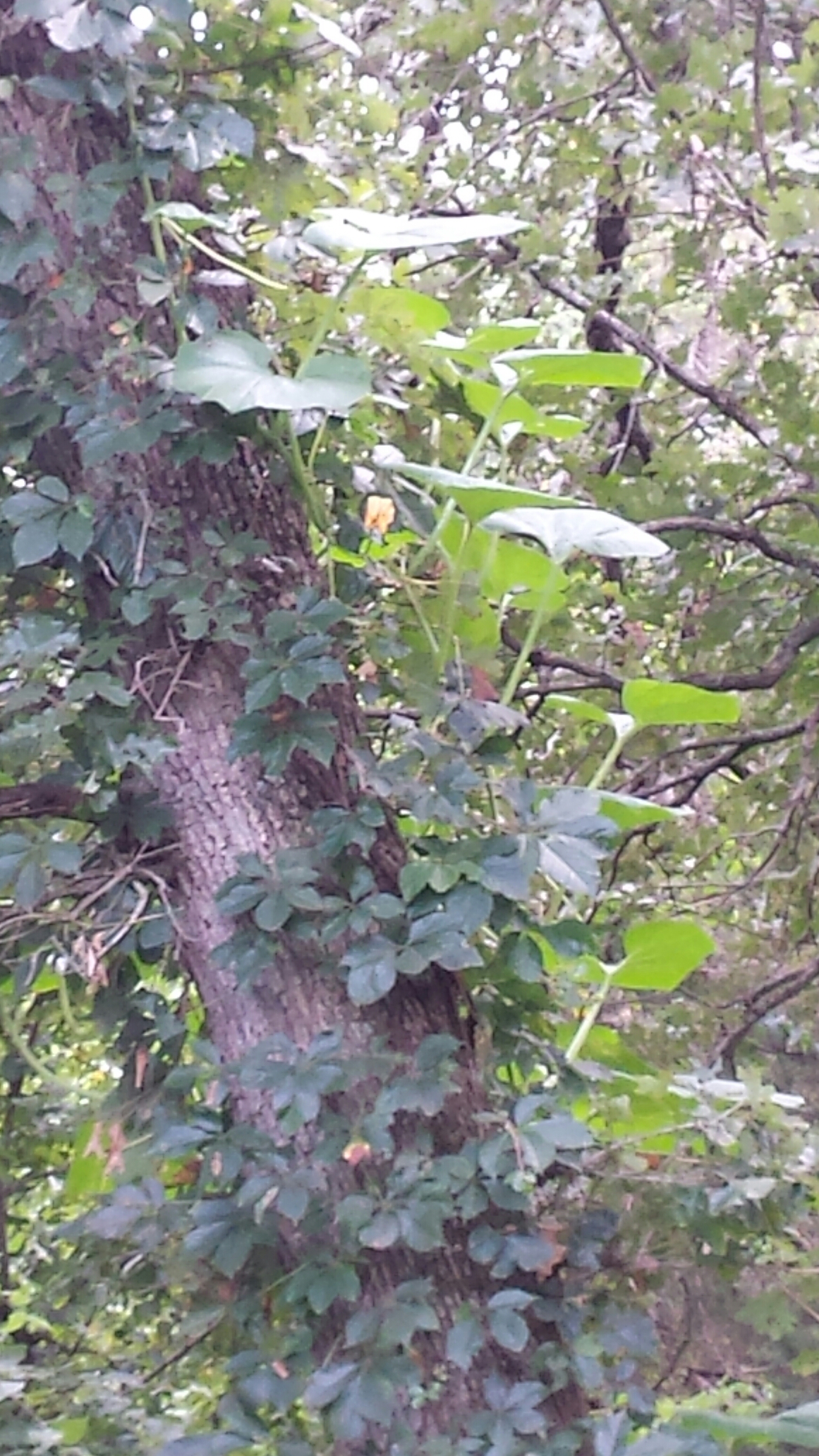 One of my favorite things mother and daddy grew in our garden was the pole beans.  After planting the seeds daddy built three poled teepees all along the rows.  He ran binding twine from one teepee to the next.  As the beans grew and vined along the poles and twine, the teepees became a long shaded area with the beautiful beans hanging down.  It was harder to weed this way, but the beans were easy to get to.  It made it extra fun to pick them.  It was amazing how many beans grew in about three rows.

Since our garden was not as successful as usual hopefully there will be a bounty of pumpkins at the produce auction this year.  It is about that time. 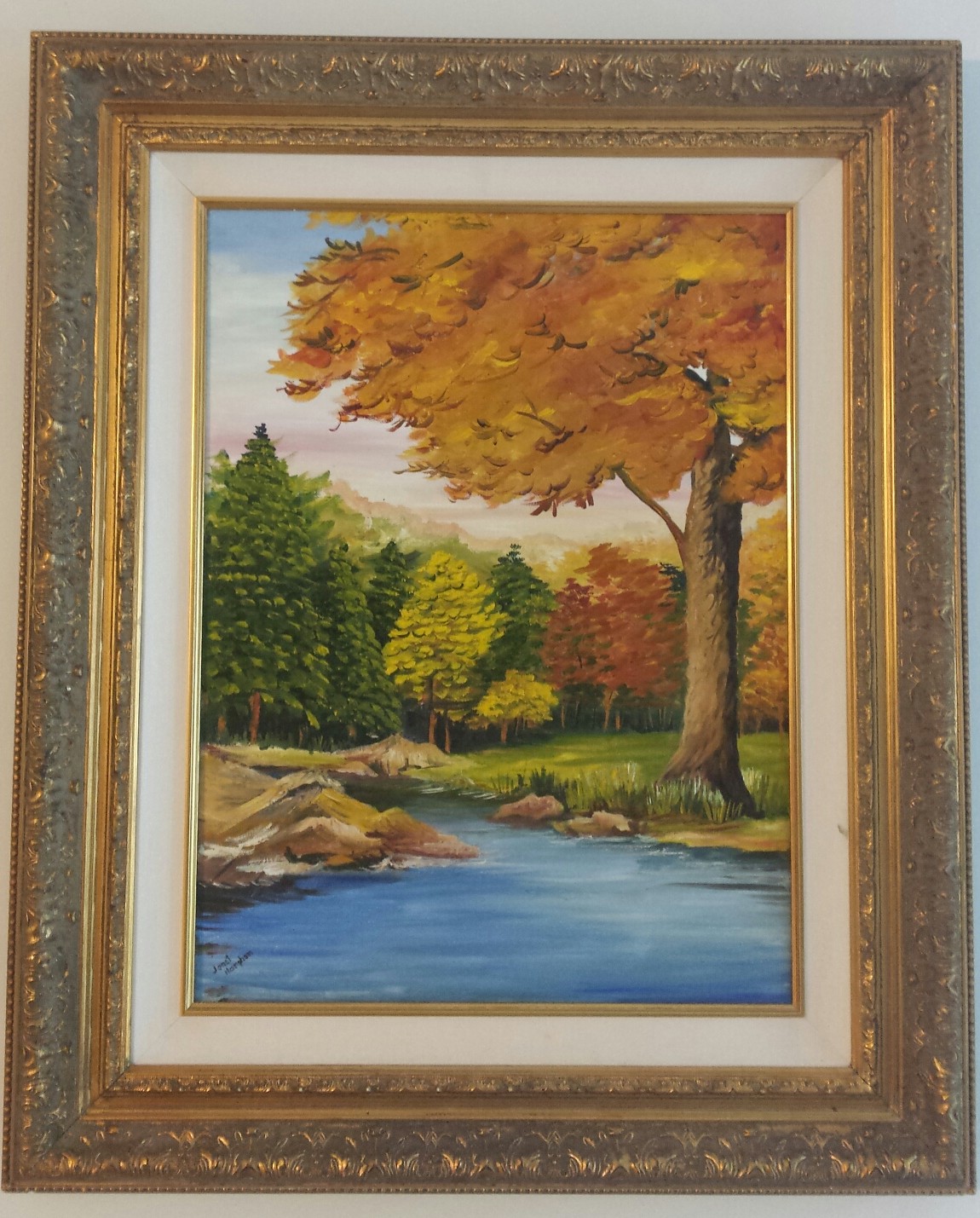 We made a trip to the produce auction this week.  Apples have made their appearance.  We came home with some red delicious and pink crisp.  I, of course, began making my apple pie filling.  Pie filling is one of the easiest things to can and … 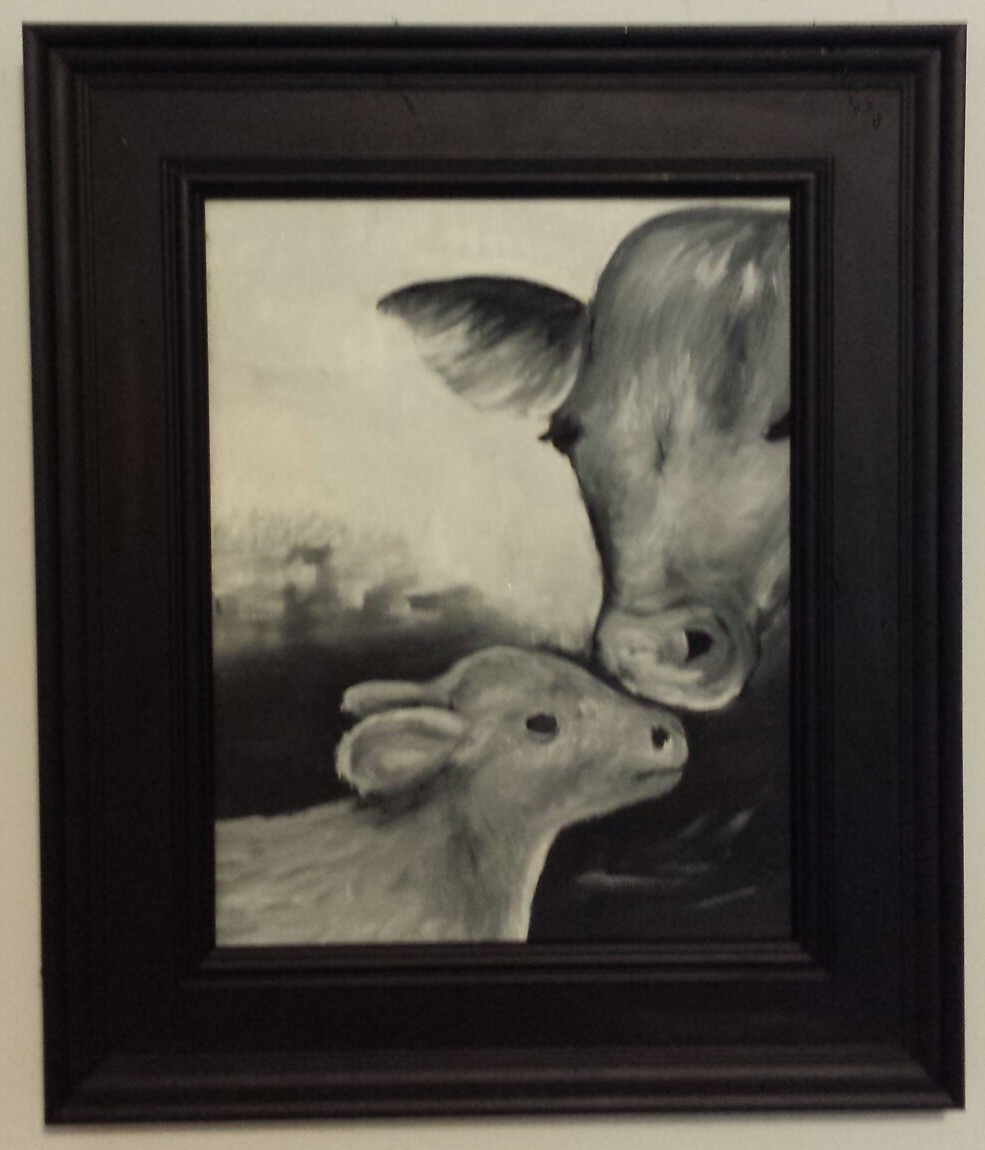 A Day on the Farm

Everyday is a new adventure on the farm.  Our days always started with my father going to the back door, opening it, and calling good morning to all the farm critters, as we all gathered for breakfast.  He usually got a bray from old Trixie … 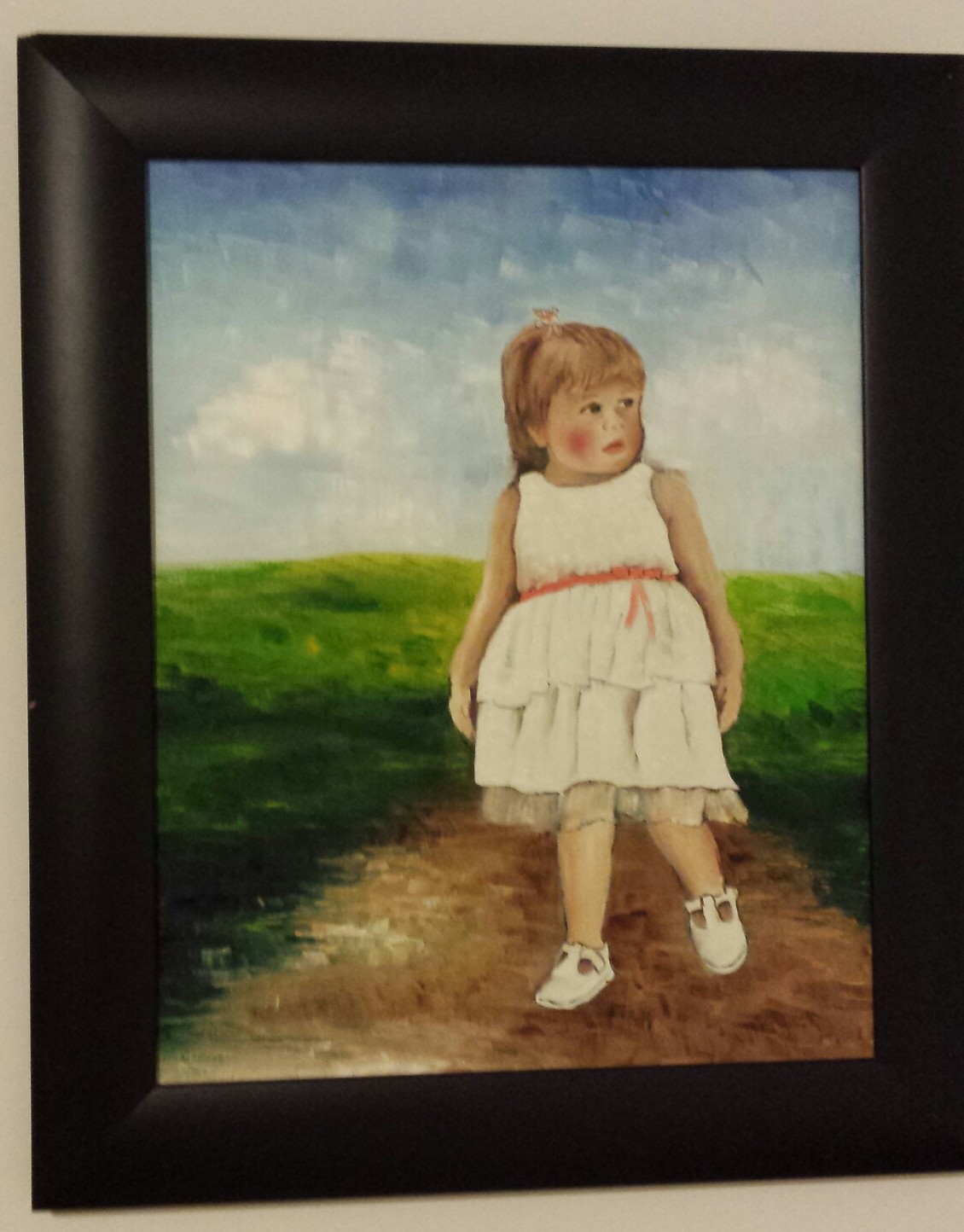 Their Gift to Our Grandchildren

Today was one of those really needed, wonderful, and restorative days.  My husband and I headed to Branson to see one of our favorite shows, The Hughes Brothers.  It is a family of five brothers, their wives and thirty some children.  They all perform together.  I left feeling so uplifted and inspired.

As they played their patriotic numbers and displayed the flag, tears slid down my check.  I recalled the old photo of my grandfather standing in uniform in front of a makeshift army hospital in World War I.  My mind scanned through the war pictures of my father’s World War II deployment in Guadalcanal.  My husband who served in Vietnam, stood as they acknowledged those present, who had served our country.  Although each of them are just ordinary guys to the world, they are everything to me.

Maybe it was the atmosphere of patriotism or the awesome feeling of family that was so inspiring.  Im not sure which.
Somehow our nation seems to have lost the respect and patriotism so deserved to those who offered everything they had, so that we could have everything we want.  Their service is a gift to our children and grandchildren. I am so thankful to all those who served and those who will be serving to protect us.  May God bless them each and everyone. 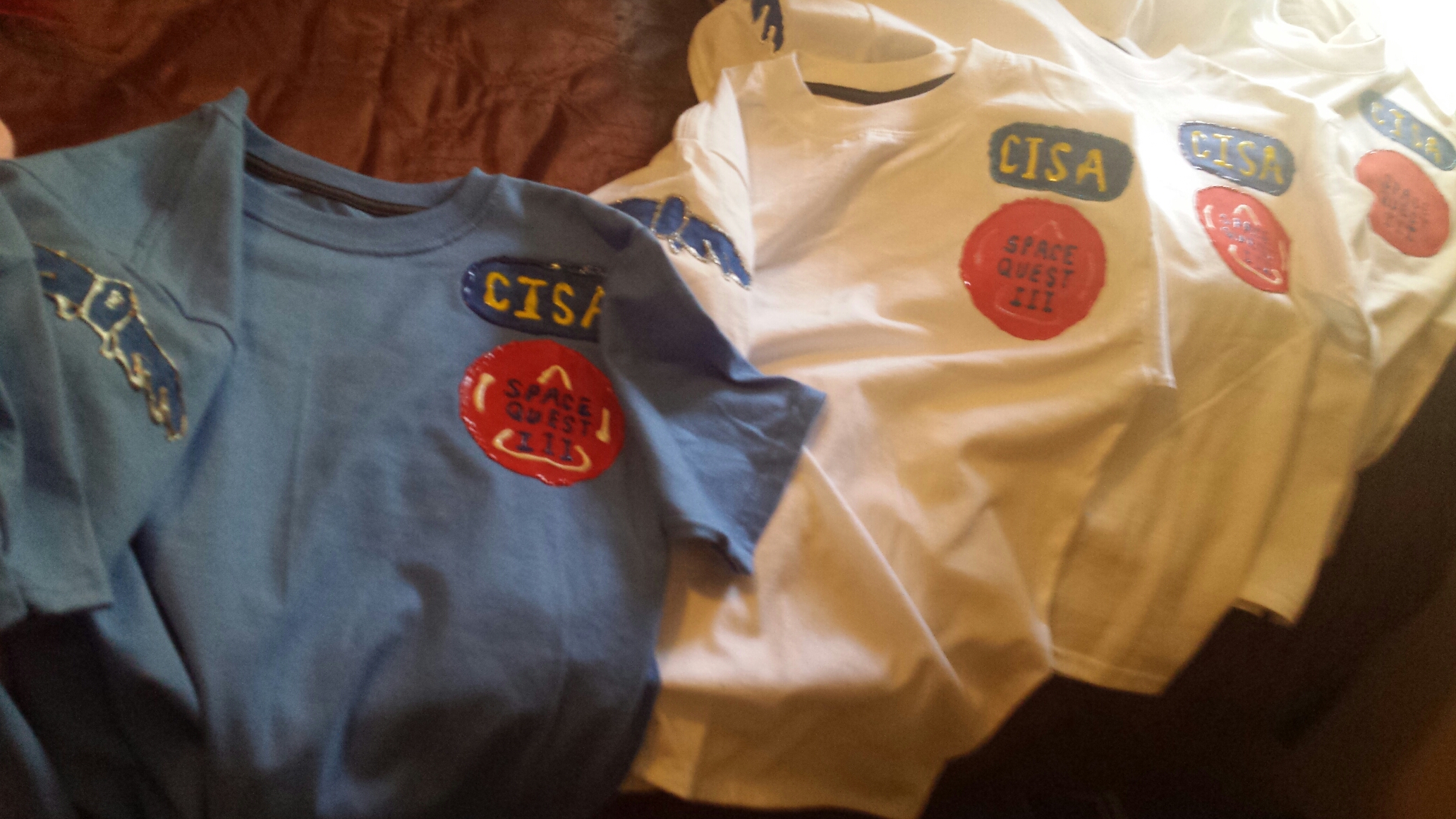 It is just about time for Cornerstone Academy to start their new school year.  A fun filled  year is being planned.   Everyone is so excited.  Their first study in history and science begins with space.  The Cornerstone Intergalatic Space Academy crew will spend their afternoons …

Church, Education
-
by Janet Adams
Searching is in progress