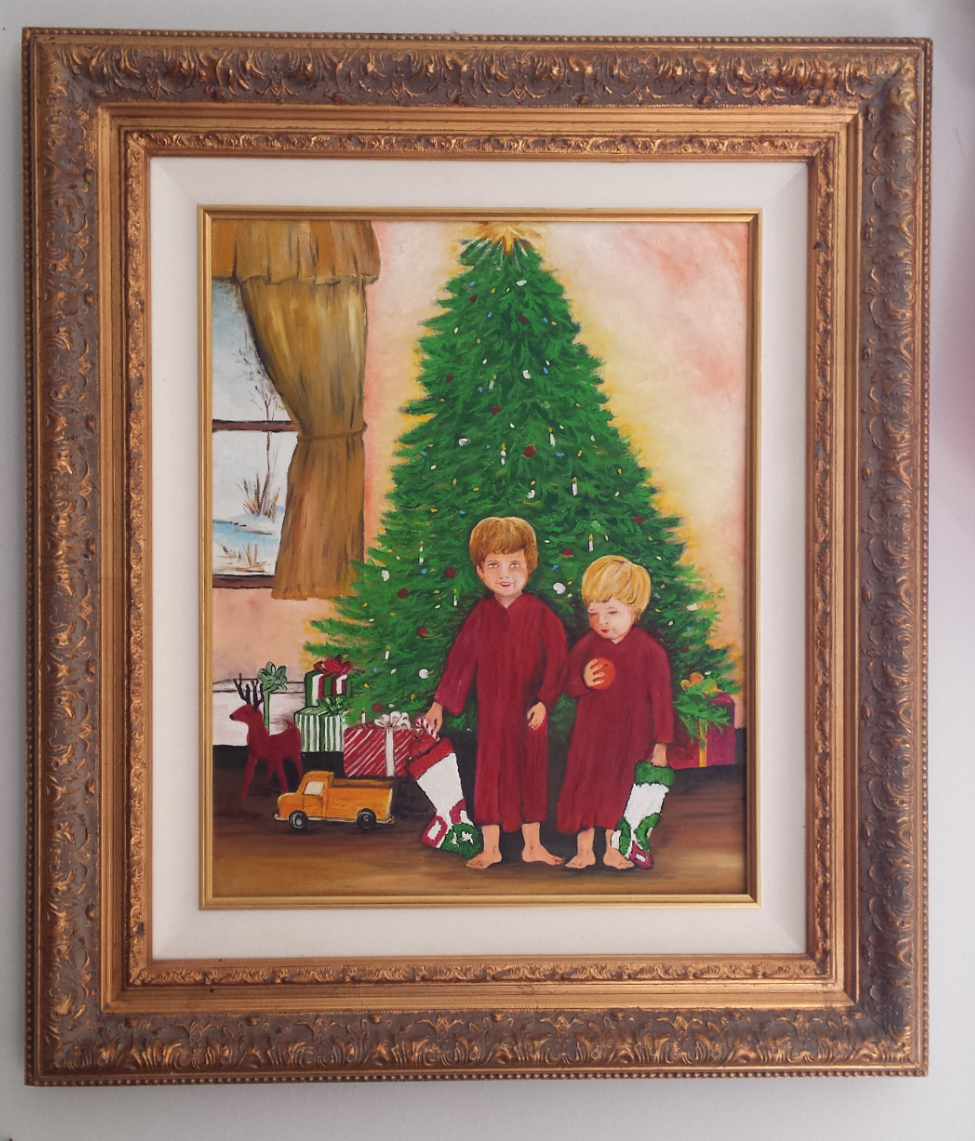 When I was growing up, working to make a living and keep food on the table was very important.  But it did not overshadow time spent with family and friends.  God always provided the needed time for both.  And my parents valued the importance of… 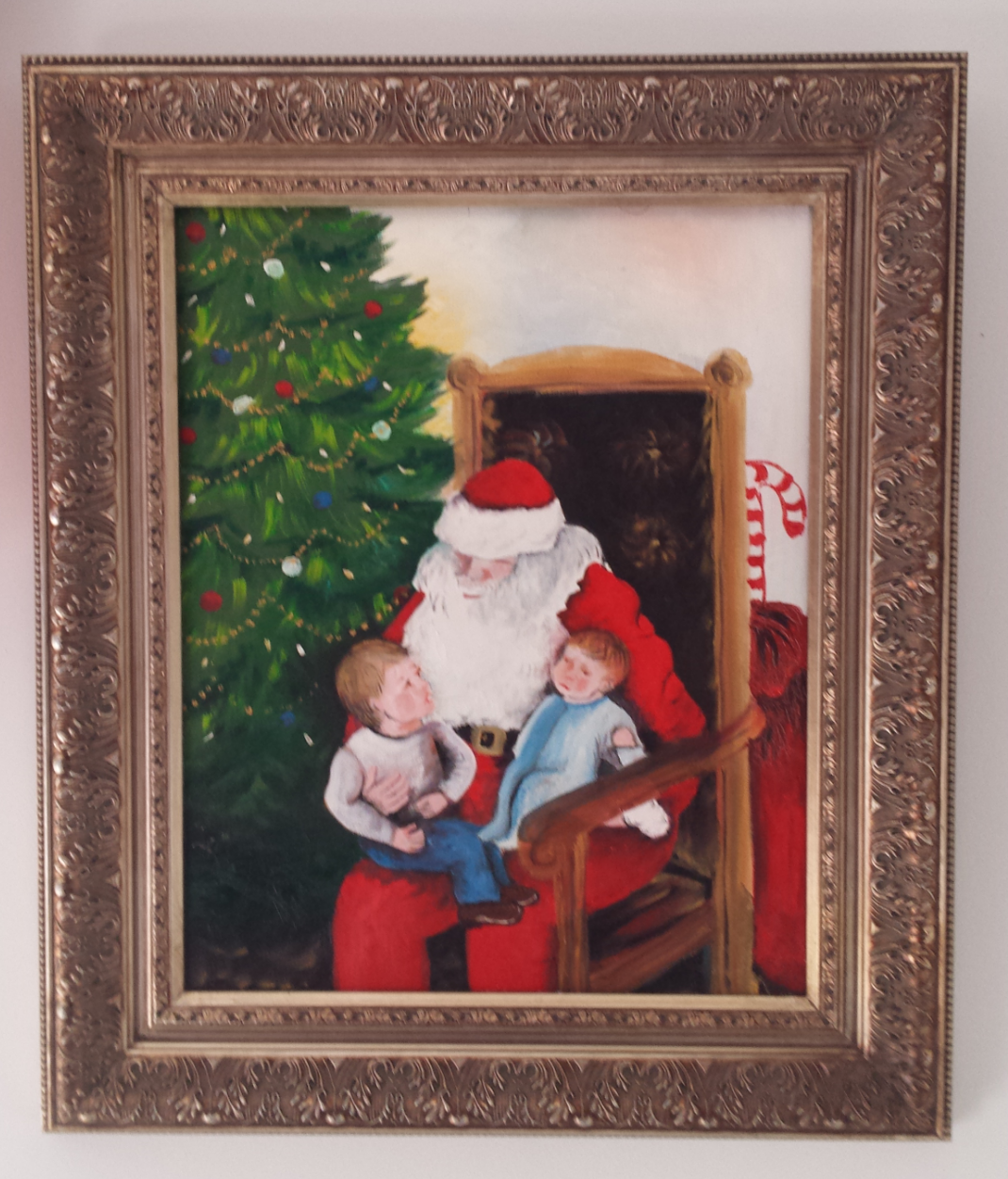 Christmas in the City

So many wonderful memories surround the Christmas season.   For a couple of years we lived in Kansas City.  I can remember the wonder and awe I felt as we walked past the Christmas store window displays.  Lights, glitter and animation created magical displays.  From toy… 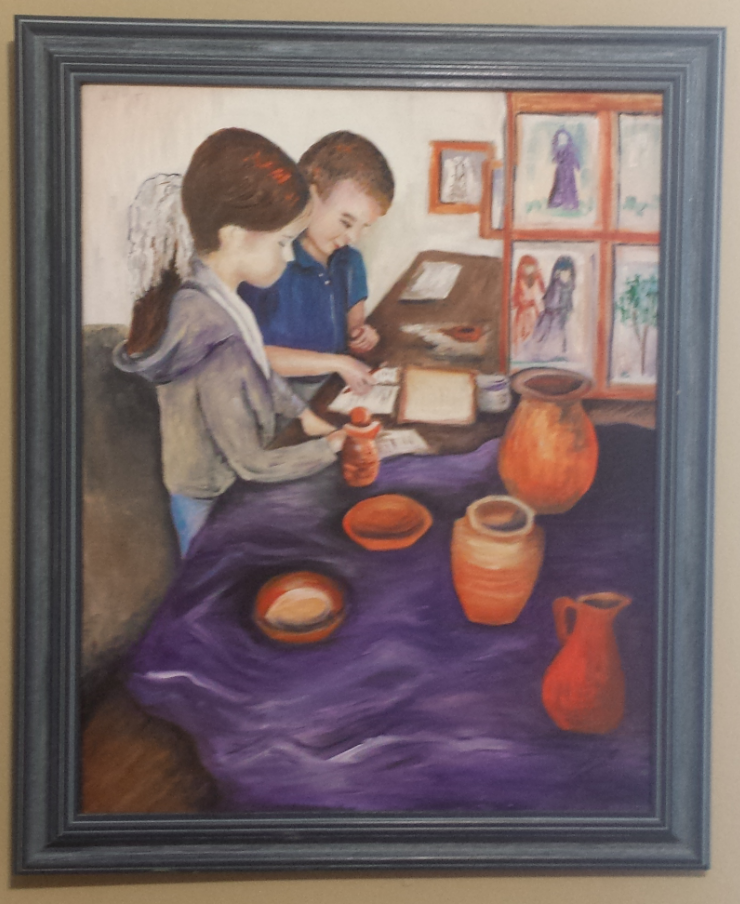 I have had the awesome experience of being part of Cornerstone Academy of the Ozarks.  In case you are not familiar with it, I will tell you about it.  It is a Christian school located in Warsaw, Missouri.  It grew from the vision and calling of a young teacher.  After completing her Doctorate Degree she opened the doors.  God opened His door at the same time, pouring out everything she needed to get the school going.  It has been a blessing to watch it grow.

The curriculum is amazing.  The educational exposure, and experiences,  role play, field trips and guest speakers far exceed that which I could offer my students in 31 years in the public school.  That is only the tip of the benefits.  The program is designed as part time home school where parents have a major role in their childs education.  Character education as well as Christian training are the core of the curriculum.  The atmosphere is fun, enthuaistic and respectful.  I do love it.

I teach art and write some of the curriculum.  What a privledge to be given this opportunity.  It is also a huge responsibility, knowing that what I design has an impact on their future.  We sometimes don’t realize the influence we have on others.  As a teacher you learn that very quickly.

My father just celebrated his 90th birthday.  We requested a card shower for him.  He was overwhelmed with the stories and comments that graced each card.  He said, “I had no idea how your mother and I had touched all those peoples’ lives.”  I’m so glad that he had the opportunity to hear all those kind words.  It was a reminder to me how every action every day matters.  May we be mindful that a kind word or a smile can change someone’s day.  A compliment or word of encouragement can change someone’s future.  The little things can make the biggest difference. 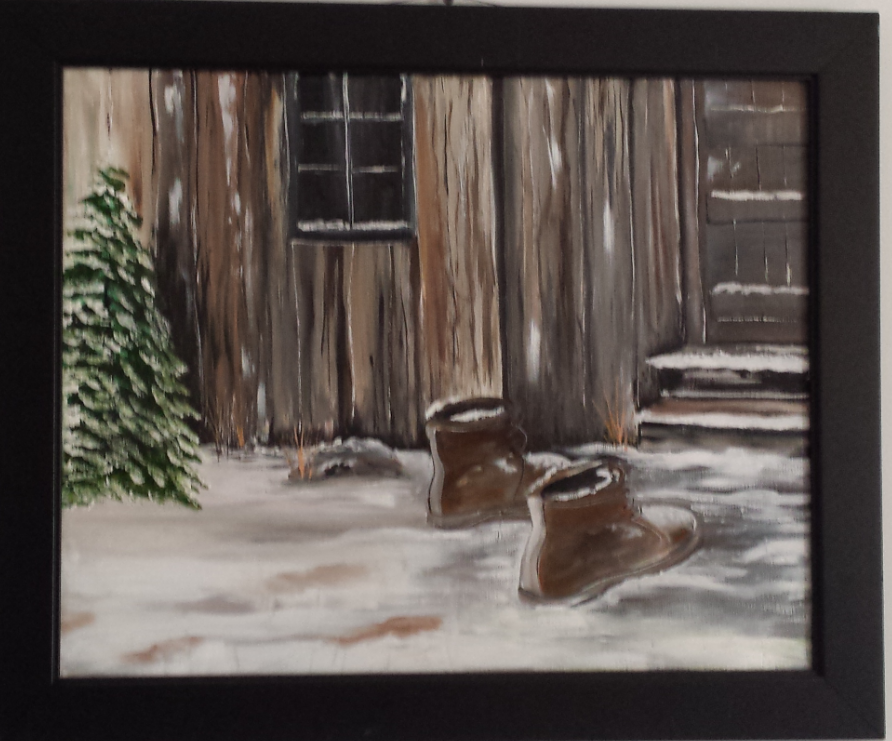 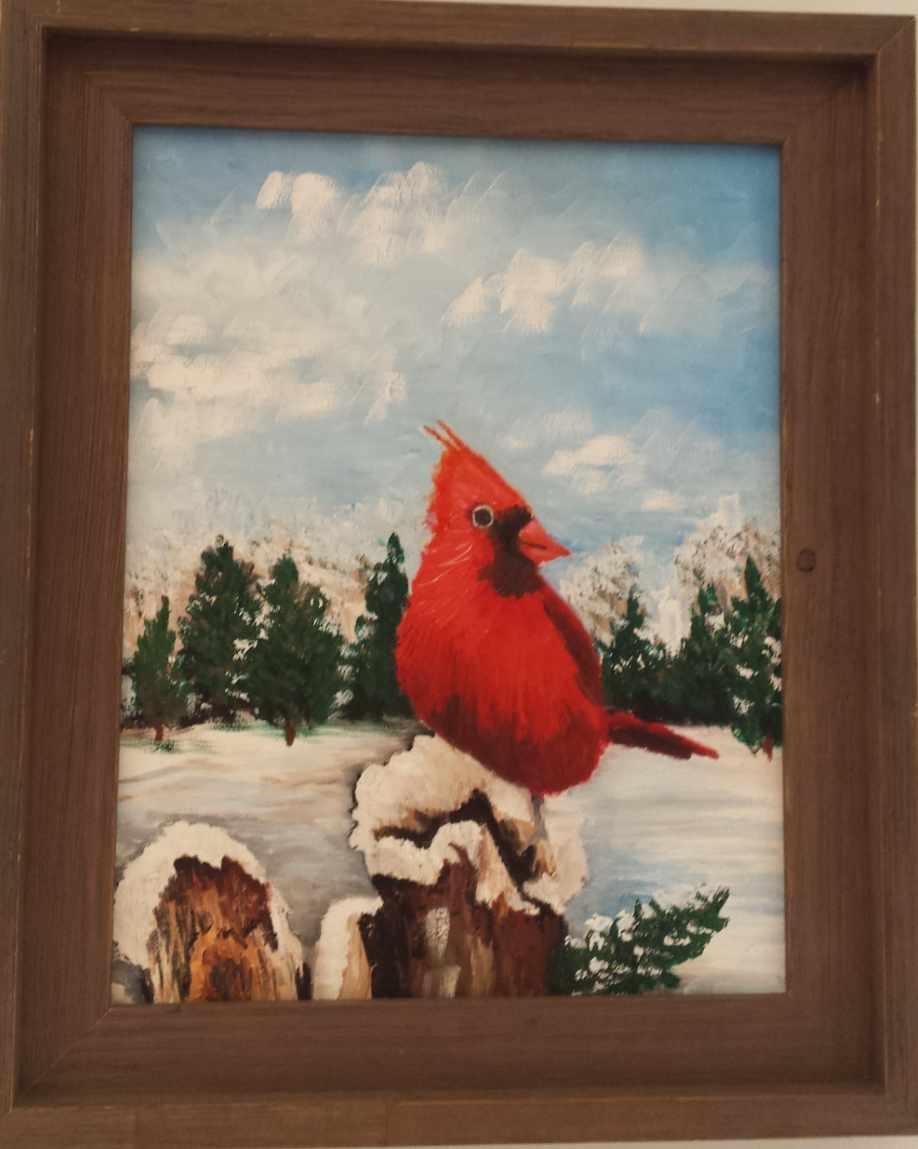 My home is somewhat of an art gallery.  Paintings are hanging on every wall.  I told my sons they are getting a strange inheritance.  They will need to build and maintain a museum for all of my art work.   I’m not sure they were real… 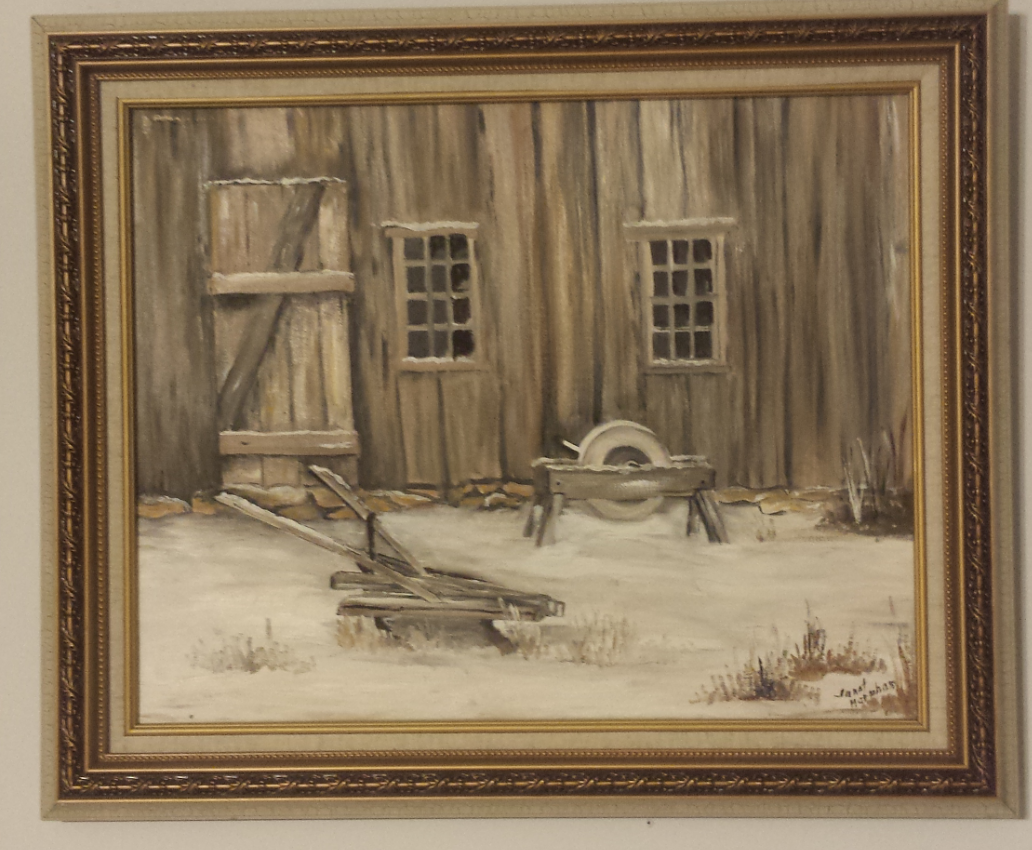 As I sift through old family photos, I am drawn to the old pieces of machinery.  I try to imagine what it might be like to have to do everything without the modern technology we have.  What equipment they did have was shared throughout the neighborhood.  If someone had a thrashing machine it would make its way to each farm until everyone’s crop was put up.  My grandfather had a sawmill.  When someone needed a house, neighbors brought logs to his mill to be cut for the house.

Yesterday I had the wonderful opportunity to share lunch with a friend from my childhood days.  Our father’s were there and began to share stories of the chores they did as youngsters.  They began helping at the very young age of five.  They had already learned how to shoe a horse, milk a cow and make a haystack. There were jobs like hauling drinking water all day to the hay hands or carrying wood to run the thrashing machine or old sawmill.  By 10 they were pretty much doing a
man’s work.  They didn’t always get to go to school because they were needed to work at home.  When they were at school they were taught to think and use their knowledge in practical everyday uses.    They didn’t use their educational experience, or lack of as an excuse for being unsuccessful.  Rather they worked at whatever work was available and did it with the utmost effort and respect and soon reached great skill in their careers.

I can’t imagine a parent allowing their 5 year old child to carry buckets of water back and forth from the house to the hay field all day to keep the workers in fresh drinking water.   If we did, we would probably be turned in for child abuse.  In my preparation for the thematic unit for Cornerstone, I kept running into stories of our early patriots working at a very young age.  Just to name a few;  George
Washington was a surveyor, John Quincy Adams was an ambassador to France, and Andrew Jackson was a prisoner of war all before or by the age of 16.  Wow!

Today we call those up to 20 years old kids. Even those who take no responsibility to prepare for their future or those who choose a life of crime.

We became in part a great nation because of the work ethic of our fathers and forefathers.  May we strengthen our nation by not only  teaching, but also role modeling for our children and grand-children the value of a good work ethic and being a productive member of our towns and cities.