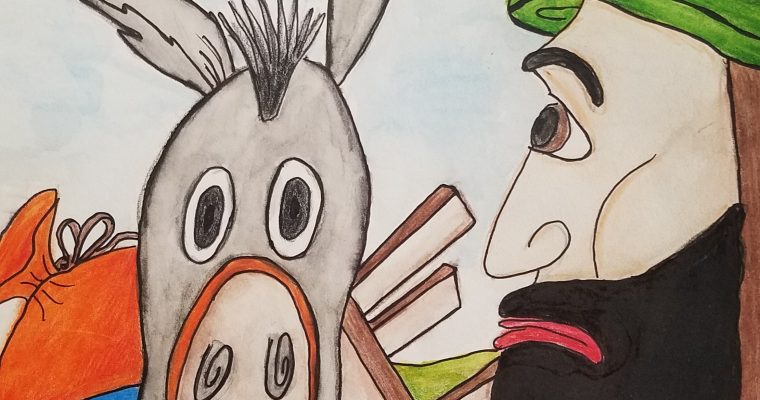 I have always loved the story of Nehemiah. From the beginning prayer of Nehemiah to ask God’s favor through the end, Nehemiah stayed grounded in obedience and prayer. What a great example for our children! My sister shared her version of Tobiah with me and… 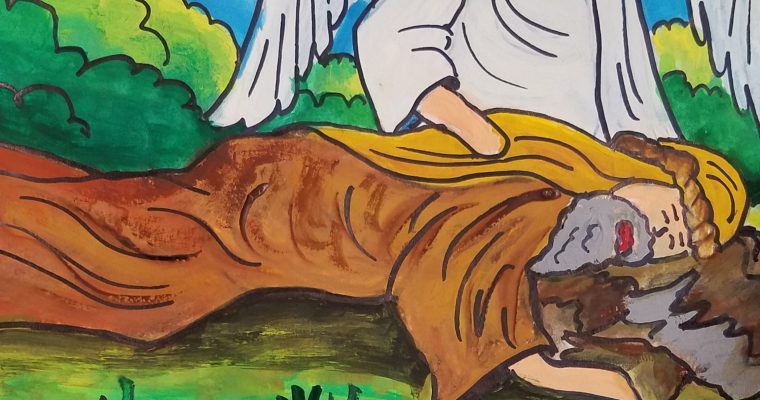 Tonight my story is for my grandson Elijah. He wanted to hear an Elijah story. Elijah is a wonderful Bible character. There are so many stories to share about his service to God. Our story tonight begins with Old King Ahab. He was ruler over… 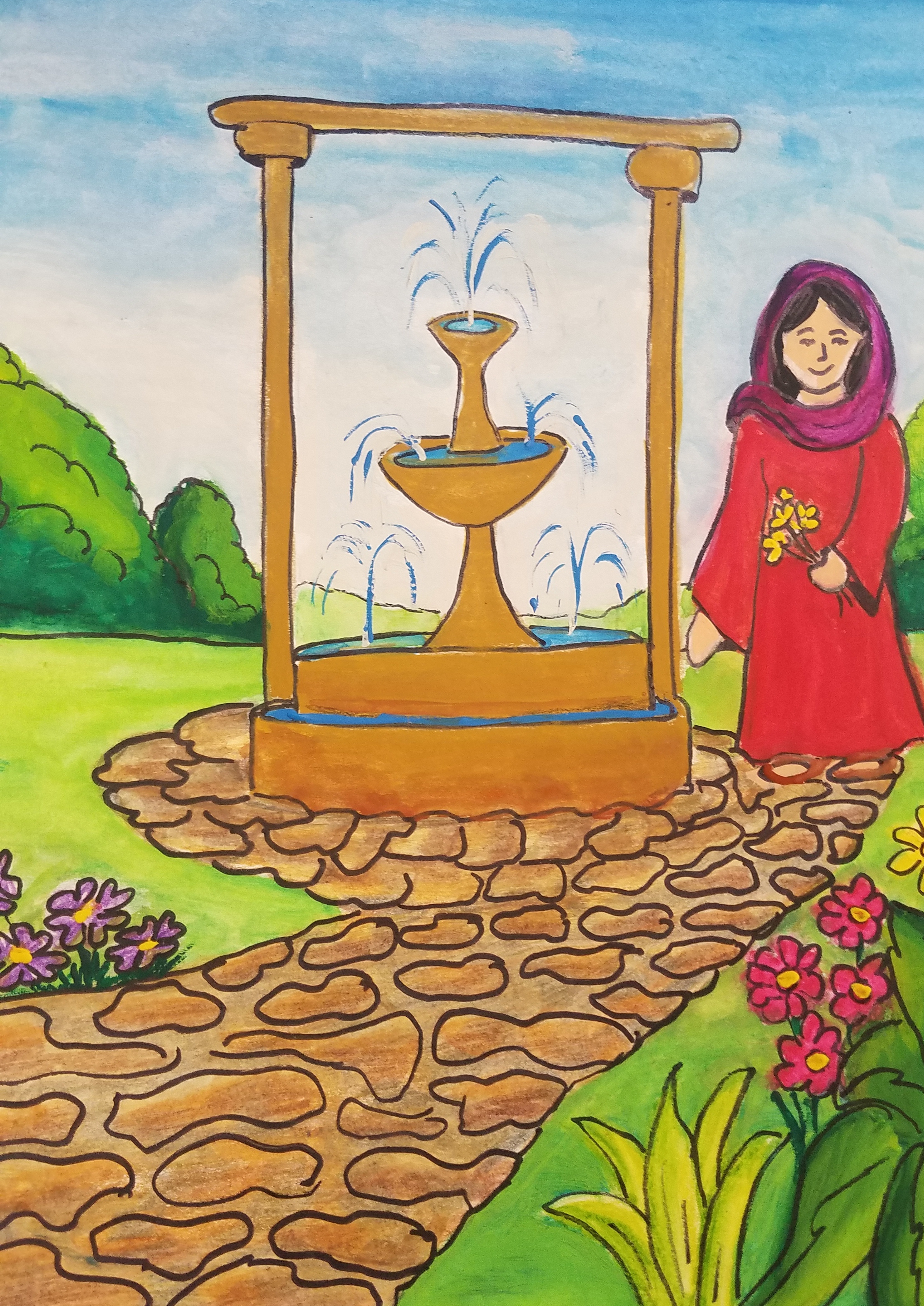 I love writing Bible stories for children. I always learn a lot myself. I love when the stories connect the dots and tie everything together like this story of Joanna does. I hope many of you are enjoying sharing Bible stories with your children and grandchildren. I would love to hear about your storytime.

It was a beautiful place. There were gardens filled with sweet-smelling flowers and beautiful fountains. There were stone paths and places to sit and take in the beauty of the gardens. It was the palace of King Herod Antipas. Yes, he was now ruler over some of God’s people. He had been placed over part of his father’s kingdom. King Herod Antipas had all kinds of expensive things throughout his huge palace. It was so large it could accommodate great crowds of officials and other royal and important guests. So King Herod Antipas needed someone to help oversee such a great estate. He had put into position a man named Chuza to be just that person. He must have been a very smart man to hold such an important position. The king must have trusted him as Chuza would be taking care of the king’s money and all his elaborate possessions.

Now Chuza had a wife whose name was Joanna. Her name means Jehovah hath shown favor. What a beautiful name! Now, the Bible doesn’t tell us but Joanna must have enjoyed all the fine things around her as she took walks through the beautiful gardens, lounged in the beautiful rooms of the palace, and mingled with all the royal guests, while her husband served as steward to the king. She would have enjoyed the lovely parties, delicious foods, and beautiful clothes that came with being Chuza’s wife. But in spite of all this beauty, Joanna was aware that the king was a cruel man. He was the son of a brutal king, Herod the Great. His father had certainly left his mark on his son. King Herod Antipas was a weak king who could easily be pushed around by others. But, like all kings of his time, if there was a rule in his kingdom, he stood by it even if it was not right. Jesus even described him as being sly like a fox.

One of the bad choices came when the king was tricked into putting John the Baptist to death. John had preached and shared the news about Jesus. The king had heard many of these stories. Also frequenting the palace was his often referred to as a foster brother or as some called him Herod’s lifelong friend, Manea. Manea was a follower of Jesus also. I am sure Joanna had heard about Jesus too. Being at the palace she would have heard some of the wonderful stories of the miracles and wisdom of Jesus. Now Joanna came down with an illness. We don’t know if it was mental or physical, but it must have been pretty serious. Even with all the money and resources around her, there was nothing to help her get better. Joanna knew there was one thing she could do and that was step out on faith to Jesus who she believed could heal her. It might mean she would be persecuted or even killed by the king, but Joanna chose life. She chose Jesus. The Bible says Jesus healed her and from that day on Joanna was a new person. She did not just want to pay this doctor, Jesus, who had healed her for I am sure she could have with all her resources available to her. Instead, she gave him her whole life and all of her resources. Joanna spent her life giving all that she could to help Jesus’ ministry. She helped other ladies provide food and places to stay for Jesus and his disciples while they were preaching and teaching.

It was way too short of a time that Jesus stayed with his followers. His ministry only lasted a little over three years. It was time for Jesus to fulfill his purpose that he had come for. He would soon be sent to the cross to die for the sins of all people. But before he would go, he would be sent to stand before King Herod Antipas. Ah, yes, King Herod thought it would be fun to meet this man he had heard about. He would have some fun. He, of course, ask Jesus to perform a miracle. But Jesus said nothing. He knew that the king had seen his healing of Joanna and other miracles he had done. He did not believe then so why would it be any different now. So Jesus stood silent before King Herod. How sad for Herod that he did not trust in the one who could save him.

Jesus was crucified, buried, and then rose from the grave. Joanna went with other women to the tomb to take care of Jesus’ body. But they were met with the amazing news. Jesus was not in the grave. No, He had risen. Joanna was one of the first to carry the Good News of the Gospel. “He is not here, he is risen!” How joyous Joanna must have been when she found out Jesus was not in the tomb. And Joanna knew in her heart, of course, that is just what Jesus would do, raise from the dead! Death could not hold Him. The grave could not hold him! How amazing to be the first one to proclaim this story.

Jesus soon ascended into heaven to be with His Father, but we can be sure Joanna continued to spread the Good News. She was probably there on the day of Pentecost when the Holy Spirit came. And well, who knows, she may have even helped with Paul’s missionary journeys. Whatever she was doing the Bible makes it very clear she was serving God with all of her.