Our Judge, Our Lawgiver, Our King 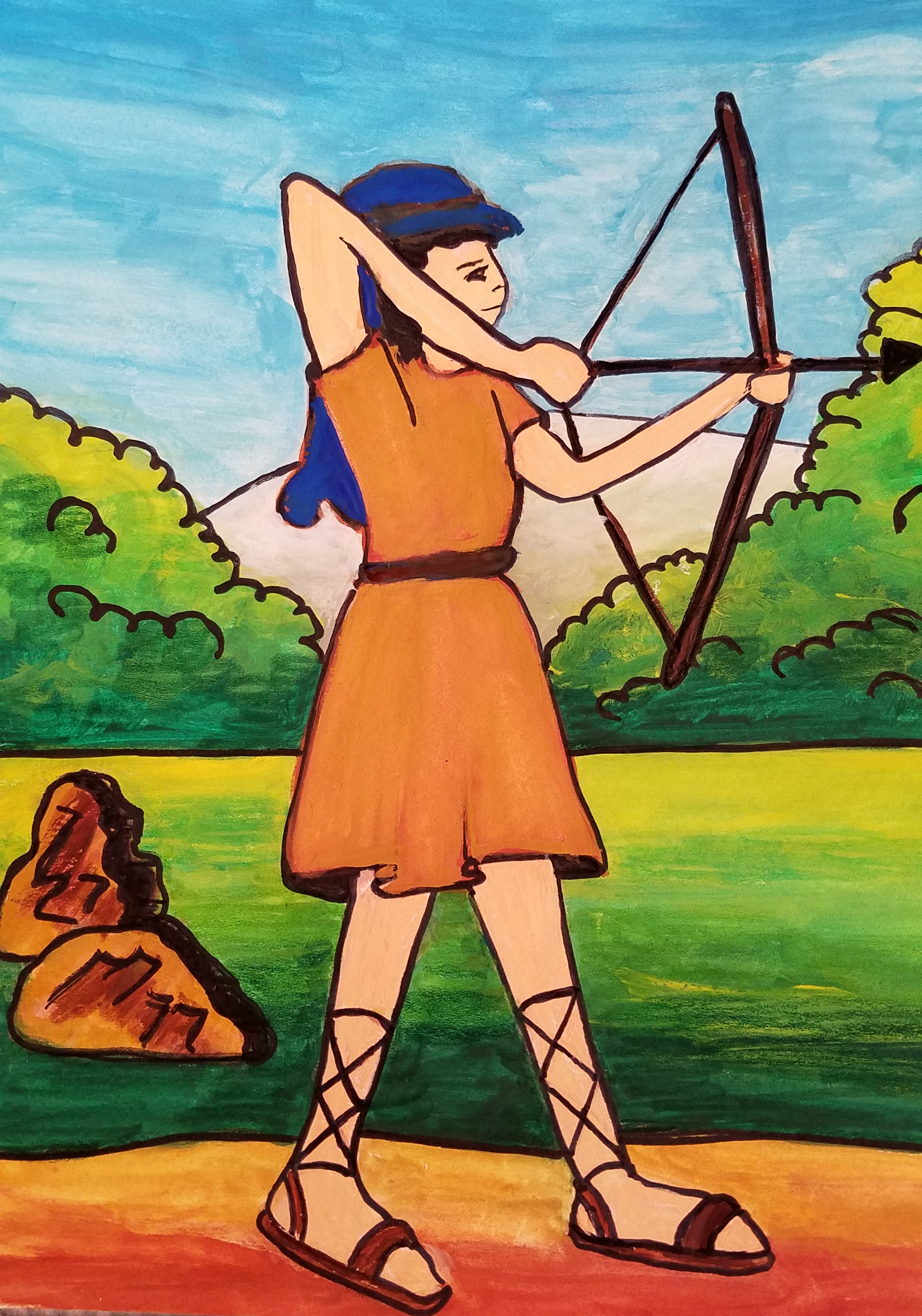 I love learning about family history, but also the history of our country. It is amazing the gems of knowledge our forefathers drew from scripture when they set out to form a new government. Sadly our children do not get to learn these stories. Today I am doing the story of Jonathan and David. I have included one of those gems in the story.

A long time ago God’s people, the Children of Israel, decided they wanted a king. Now this really hurt God because he was their king. But the people continued to moan and complain. They wanted to be like all the other countries around them who had a king. God warned them of the danger of an earthly king. You see a king is a judge, a lawgiver and a leader. And God knew that when people try to be king things like greed and jealously can cause them to be a very bad king. The people continued to call for a king and soon Saul was anointed as their first king. Just like God had warned Saul became greedy and jealous. He disobeyed God. God was displeased with Saul so he sent Samuel to anoint David the shepherd boy as king.

It did not take long for Saul to realize that God had anointed a new king. Saul had a son Jonathan. “He should be the next king,” Saul said. So he told his son Jonathan and all his attendants to kill David. Now Jonathan was a good boy. He knew it was not right to kill David. He knew that he should follow his father to be the next king, but he also knew God had already anointed David and that was the way it would be. Jonathan liked David a lot. They had become good friends. In fact they were almost like brothers. So instead of going to hurt David, he set out to warn him about his father’s plan. “Be on your guard tomorrow morning,” said Jonathan to David. “My father, Saul, is looking for a chance to kill you.”

The next day Jonathan went into the field with his father, Saul. “Please do not harm your servant David for he has not done anything wrong to you,” said Jonathan. “Everything he has done has been to help you. He killed the Philistine Giant for you. He has won great victories in battle for you and he has played beautiful music for you when you did not feel well. Why would you do anything bad to an innocent person like David,” Jonathan said.

But nothing seemed to change Saul’s mind. So Jonathan went to see David. Jonathan made a covenant with David. “May the Lord call David’s enemies to be held accountable,” said Jonathan. This must have been a very difficult thing to do because David’s enemy was his father. But Jonathan knew that his father was acting against God’s will.

So Jonathan made a plan. He told David, “Tomorrow toward evening come to this field. I will shoot three arrows to the side of the place where you are hiding. Then I will send a boy and say go find the arrows. If I say to him, ‘Look the arrows are on this side of you; bring them here,’ then you are to come to me because you are safe. But if I say to the boy, look the arrows are beyond you then you must go away because the Lord has sent you away. Just remember I made a covenant with you to help you and I will keep it.”

So the next day, David hid in the field. Jonathan was having a meal with his father. Saul became angry at Jonathan for being a friend to David. So Jonathan left taking a young boy with him and went into the field. He told the young boy they would target practice.

When they reached the place where David was hiding he shot the arrow. He told the young boy to go get it. “The arrow is beyond you,” Jonathan told the young boy.” The boy knew nothing of the plan, but David knew this meant Saul still wanted to harm him. Jonathan sent the young boy home. David bowed down to Jonathan three times with his face to the ground. They kissed each other and cried together. But David cried most. Jonathan told David to go and reminded him of their great friendship which they made to be forever no matter what happened. Then Jonathan returned home and David went his separate way.

Our forefathers knew this too. They knew that man can become jealous and greedy that his heart can be deciteful. So instead of having one person do all three jobs, they set up three branches of our government: one called the legislative who makes our laws, one called the executive which is our leader and all his helpers and one called judicial which judges the people. These three branches keep us safe from a powerful king that could take away our liberties given to us by God. Our forefathers knew God is the only Righteous King.