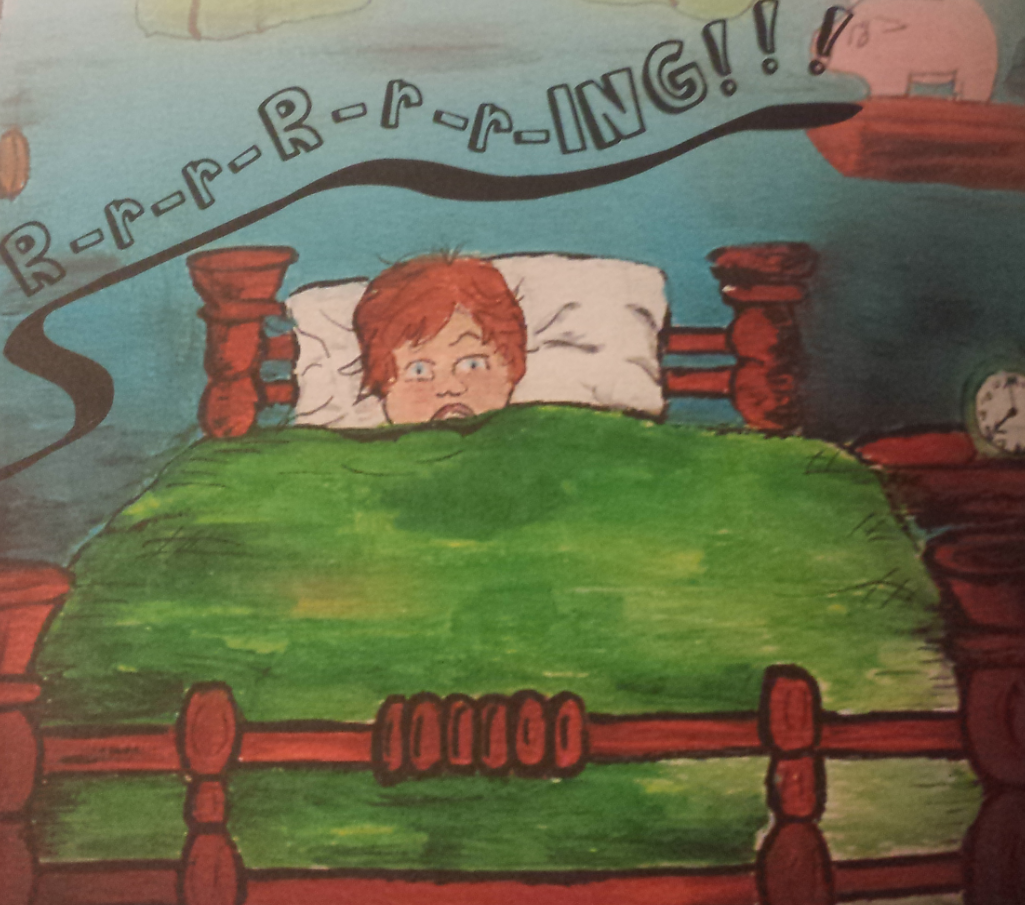 I thought I would share a few more illustrations from Mrs. Food’s Special Guest.  This illustration is at the beginning of the story.  Johnny, my husband, was awakened by the sound of the phone ringing.  He was excited because he figured it was Mrs.Food.  She always called to ask if he could come and mow her lawn.  He knew she would pay him one dollar to mow the lawn and some extra money to bring her two squirrels.  Of course he liked earning the money because he always had something he wanted to buy. 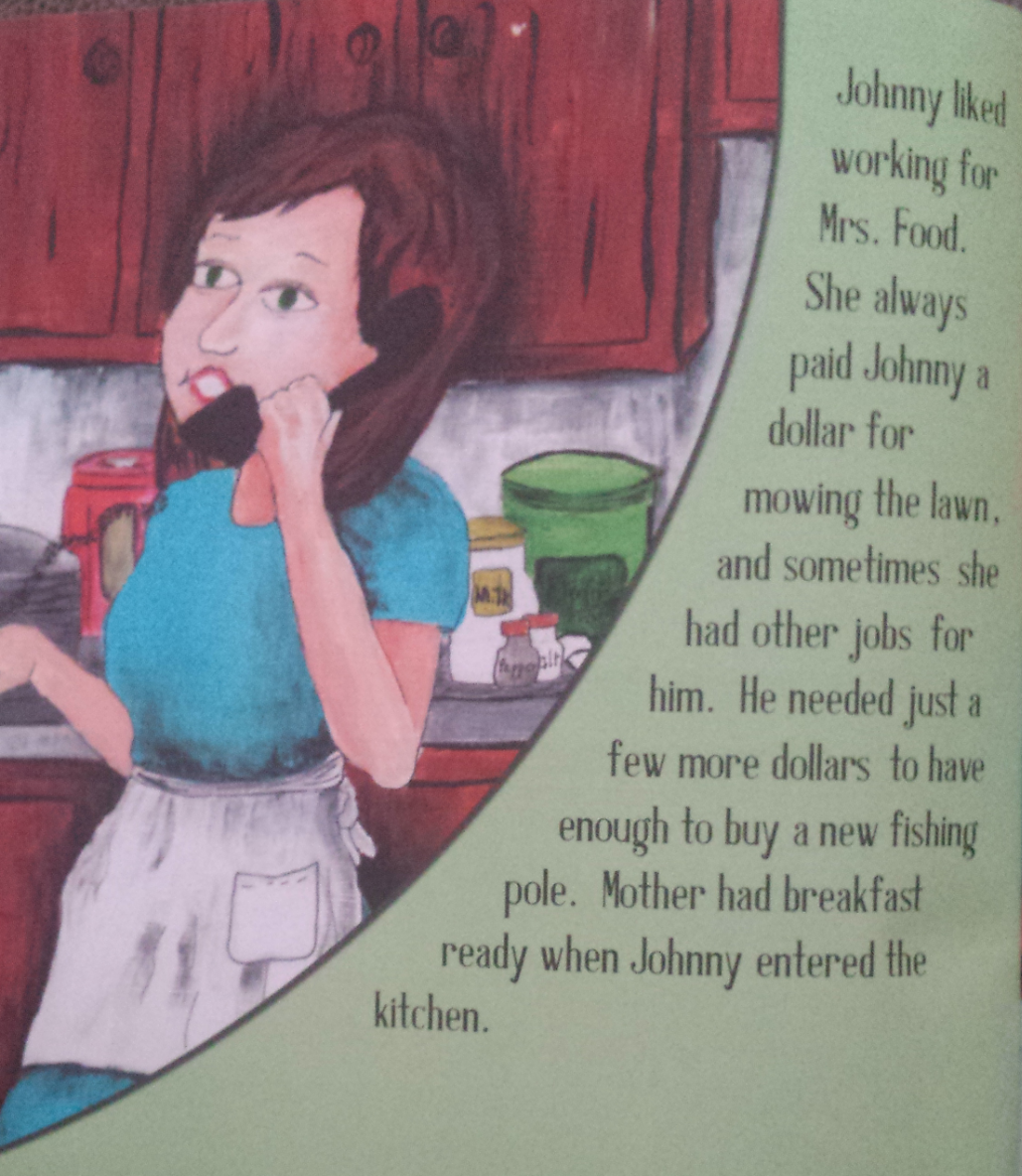 Althouh the events that followed were a bit dramatic he was blessed with an awesome experience.  Every day brings new experiences.  We never know when God has ordained the activities that day.

Today I was helping my father on the farm.  His tractor had sprung a leak and unfortunately I know nothing about mechanics.  I’m usually the only one who helps him so when it is a problem like that I’m not much help.

As we worked outside we heard a voice say,  “Hello there.”  It was a friend I hadn’t seen since my wedding.  He and his wife had hosted our wedding shower.  He just happens to be one of the best mechanics around.  He immediately went to work on the tractor.   As he finished I thanked him.  He said, “Well, I passed here yesterday and thought I just need to stop and see your dad.  But I didn’t.  Today as I came by again I said I need to stop.”  He was an answer to my prayer and I’m sure God orchestrated that divine appointment.  I never fail to be amazed at God’s handiwork.